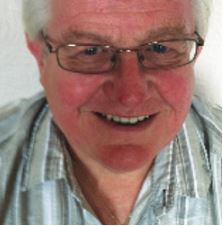 Alan is 65 and retired. He lives in Gloucester with his wife who is a doctor and between them they have five grown up children.

Following his retirement, Alan’s wife encouraged him to have a sleep test. His main symptom was heavy snoring and following his sleep test and diagnosis, Alan wishes that he had done something about it earlier.

Having been prescribed CPAP, Alan acquired a ResMed S9 device and adapted well to the equipment. He found it made a huge difference and even though he hadn’t noticed being sleepy before, once he started using CPAP he found he had more energy. Also his wife highlighted that he wasn’t snoring and she sleeps more soundly as a result.

When Alan was asked to take part in the trial of the AirSense 10 AutoSet he agreed and although the S9 isn’t particularly noisy, he immediately noticed that the new machine was quieter. He also recognised the convenience of the new device and finds it very easy to use.

Alan hadn’t used a humidifier in the first 6-12 months of his initial treatment but having highlighted to ResMed that he felt dryness in the mornings, he added a unit and he immediately noticed a difference. Once he started using the AirSense 10 AutoSet, one of the biggest benefits was the built in humidifier. Previously he hadn’t taken the humidifier unit with him when he went away but as he was travelling to America with his son, Alan asked if he could take the new equipment with him and following a positive response, he found the compactness of the AirSense 10 AutoSet invaluable.

He comments, “Not having to take the extra box was very convenient and extremely easy to use travelling around.”

In terms of performance Alan finds the AirSense 10 AutoSet to be very good. He monitors his data each day and finds it useful to be able to have this on the screen when he switches off his machine.

Alan continues, “The facility to transmit data wirelessly is very valuable for routine screening. I feel reassured to know that any problems could be resolved by looking at the data remotely rather than an issue being allowed to escalate. Also I imagine that this service would be particularly useful to a new patients in the early months of using CPAP.”

In terms of the maintenance of the equipment, Alan finds the filter very easy to change and, although the inbuilt humidifier takes a little longer to clean, the benefits of having an inbuilt element far outweighs this.

In summary Alan says, “The AirSense 10 AutoSet is a big improvement and ticks all the boxes for me. I find that the AutoSet Response feature helps me to sleep better and the ability for my clinician to monitor my treatment data is reassuring.”