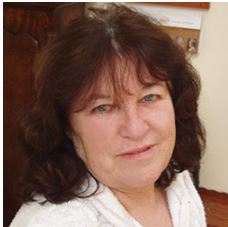 A patient story with AirSense™ 10 Autoset™ For Her

Judith, 67 is a make up artist in the film industry and continues to work part time. She lives in Marlborough in Wiltshire with her husband, and between them they have six children.

She was diagnosed with sleep apnoea two and a half years ago. Judith had noticed that she was waking up feeling as though she had a hangover, even this often happened after an early night and hadn’t been drinking. She also had very little energy and her husband had noticed that she gasped for breath on occasions during the night. Having heard about a doctor who was particularly good at diagnosing conditions, Judith went along to see him and the first question he asked her was whether she snored. Having acknowledged that she did snore, the doctor told Judith that he was reasonably certain that she had sleep apnoea.

When she went to the clinic for her overnight sleep test, she was woken within an hour and a half due to the frequency with which she stopped breathing. Consequently, the staff put her on a CPAP machine and Judith slept like a log for the rest of the night, even having to be woken up the next morning!

Judith says, “I had never felt so wide awake – it was marvelous. I ordered a CPAP machine from ResMed and it arrived within a couple of days. I was working overseas on location so rented the device but when I arrived home I contacted ResMed and acquired an S9 model.”

Despite working part time, Judith’s job means that she continues to travel extensively. She had not had a problem with the S9 but having agreed to the AirSense 10 Autoset trial, she asked for permission to take it with her on her travels and as a result has identified significant benefits for her lifestyle.

Commenting on her experience, Judith explains, “The AirSense 10 Autoset For Her is much smaller and is very easy to use. I find it very easy to pack and to set up again. In its case, it looks like another of my make-up bags! As I get older, I want life to be as easy as possible so even if I’m working in the UK, I will often travel close to the set and stay in a hotel to avoid too many early morning starts! I find the new model very convenient. The device converts to the US wattage so I only needed to take an adapter plug with me when I’m travelling abroad.”

Another benefit that Judith identified was the noise level. Although the S9 is not particularly noisy – on a recent overnight stay in hospital, Judith took the S9 with her and another patient remarked on how quiet is it – but the AirSense 10 Autoset For Her is quieter still. Her husband has commented that he feels there is a noticeable difference, enabling him to sleep more soundly.

As someone who feels she is not technically minded, Judith appreciates the simplicity of the AirSense 10 For Her. In terms of the data, as long as she sees smiley faces on the screen, she is happy and she likes to check how long she has slept for but she acknowledges that for those who are more technically minded the data would be of greater interest.

Judith concludes, “The portability is very convenient for someone like me who travels regularly. The new unit looks like a radio on my bedside table, rather than something medical and takes up very little space. I was very pleased to be asked to take part in the trial and would like to continue using the AirSense 10 Autoset For Her once the trial has finished.”