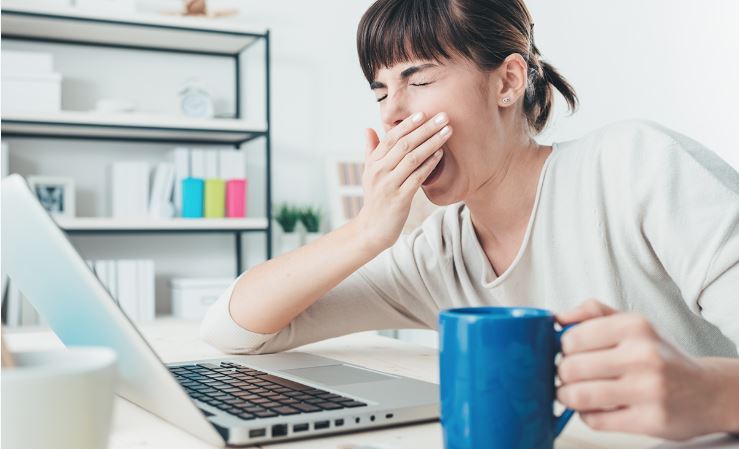 If you have obstructive sleep apnoea, you’re definitely not alone. According to the latest scientific research1, more than 936 million people around the world are affected.

This remarkable figure, which was published in the world’s leading respiratory health journal, is nearly 10 times greater than the World Health Organisation’s 2007 estimate of over 100 million. It’s led to new calls for physicians to step up their efforts to screen, diagnose and prescribe treatment for this manageable disorder.

“More than 85 percent of [obstructive] sleep apnoea patients are undiagnosed,” explains Carlos M. Nunez, M.D., a study co-author and ResMed’s chief medical officer. “This raises their risk of workplace and road accidents, and can contribute to other significant health problems, such as hypertension, cardiovascular disease, or even poor glucose control for diabetic patients. We know the risks and now we know the size of the problem. Addressing it starts with screening patients we know to be high-risk.” 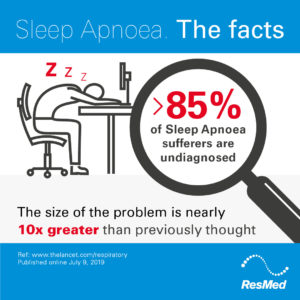 With over 85% of obstructive sleep apnoea cases currently undiagnosed, there are millions of people who don’t know they’re affected. They’ll repeatedly stop breathing for 10 seconds or more throughout the night, jerking awake to avoid suffocation before the cycle starts again. The disruptive cycle causes chronic sleep deprivation but most people don’t remember waking up. Instead, they assume they’re tired because they’re stressed or getting older. Or they end up being misdiagnosed with insomnia, migraines, chronic fatigue or other conditions.

Who is at risk for obstructive sleep apnoea?

Other common risk factors include: being overweight, being older than 40 and having a large neck circumference, a family history of sleep apnoea and various other physical characteristics, like nasal polyps. Smoking, drinking alcohol and taking certain sedative medicines increases the risk. More than half of all people with obesity, heart failure, stroke or transient ischemic attack (TIA), atrial fibrillation or type 2 diabetes have sleep apnoea, according to leading research2. And it’s worth noting that women account for 40 percent of newly diagnosed sleep apnoea patients3.

How can I tell if I’m affected?

“The bottom line is: If you’re constantly tired or have other conditions linked to sleep apnoea, it never hurts to ask your doctor about it,” says Nunez. “Don’t settle for being tired all the time. You may improve your sleep, your mood, your relationships at work and home, your health, perhaps even other medical conditions you’re managing. But first, you have to find out.”