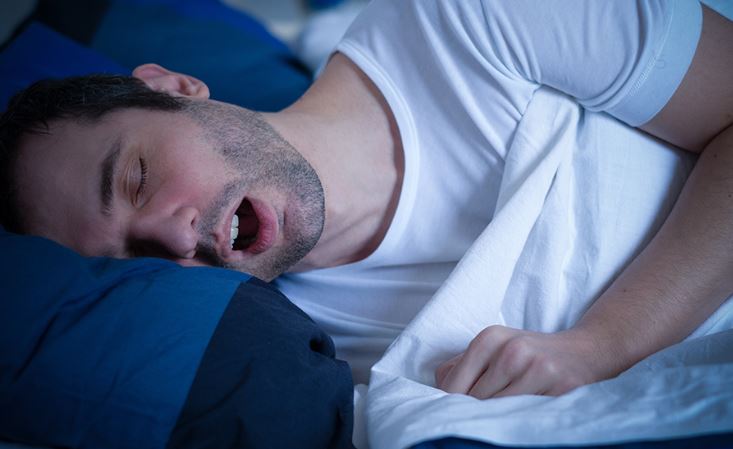 Patient story – Feeling fitter than ever at 50

David is 49 and lives with his wife and 2 teenage daughters. David works in London in a senior directorial role for a large company and travels frequently.

Snoring as a main symptom

At 46 years old David had found his snoring had become progressively worse to a point where it was having a serious effect on his relationship with his wife, who was starting to sleep in the spare room every night. Snoring had literally become the elephant in the room and bedtime had become awkward.

David said, “The final straw came after a boys’ skiing trip after which my friend phoned my wife and asked ‘how do you cope with this’?! I knew at that point I needed to do something about my snoring”.

David had also got to a point where he was waking himself up, and so never started the day feeling refreshed or energetic.

During a 2 yearly medical, David discussed his snoring with the physician who recommended a sleep study be performed. This showed that David was suffering from Obstructive Sleep Apnoea (OSA). ”I remember thinking, ‘oh my god’ does this mean surgery? But I was quickly assured there is a non-invasive route to treatment and I was referred to ResMed’s Centre for Healthy Sleep in London for CPAP treatment.”

“I visited the clinic with a significant amount of trepidation, confusion and many questions, but Verity, the clinician, was calm and reassuring. She was also very matter of fact, helping me to understand how CPAP therapy would fit within my lifestyle. Once I got over the initial sense of panic, I settled into it very quickly”.

David returned home that night with his new therapy device and mask, amidst many questions from the family, but also some excitement that it might be as good as they’d been promised. David recalls that on camping holidays and when sharing family rooms, the whole family had been affected by his snoring, so it wasn’t just him holding his breath.

“The first few nights were definitely a little tricky and it took a couple of weeks to settle in – Verity made the point that I was trying to unpick decades of sleeping habits. But – with her at the end of the phone and responding to emails with recommendations, it didn’t take long before I simply settled in and started feeling the full benefits of my therapy. Verity even sent me a chin strap to help with my breathing which also really helped”.

Very early on into David’s treatment, he went on another skiing trip with his friends,”I remember they had such bad experiences in the past that they drew straws to share a room with me, but I was happy to unveil my new equipment and after the customary Darth Vader jokes, it was quickly evident that I had completely turned a corner and we all slept well. I even became indignant when any of them started to snore in the night!”

OSA is not just for the overweight

David has always kept fit and maintained a collar size 15.5, so he didn’t automatically seem like a candidate for OSA. Even then, he has noticed a huge difference in ‘wellness’ since his diagnosis and treatment for OSA.”As I approach 50, I feel fitter than I have ever felt before and am able to run 5k in 19 minutes, which I could never do prior to my diagnosis. I know I have fewer colds, far more energy, good sleep hygiene, and I feel as though my immune system is as good as it’s ever been.”

David concludes “Prior to my diagnosis with OSA, relationships, friendships, travel, work, everything in my life was being eroded. Had it not been fixed, I can’t imagine where I’d be now. To anybody suffering from snoring I’d advise them to get it checked out and don’t just stick their head in the sand. To anybody recently diagnosed, I’d say ‘accept this therapy because it works – embrace it, don’t fight it’. I work 60 hours per week, travel regularly, keep fit and no longer wake up with a sore throat, feeling lethargic. All thanks to my therapy and to Verity and the team at ResMed for helping me get onto treatment so well.”